In last month’s blog post, I began the story of Dalia Dippolito, a Boynton Beach woman who was convicted of the attempted contract killing of her husband, and then sentenced to twenty years in prison for the charge of solicitation to commit first-degree murder with a firearm in 2011.

The incident was initiated after Boynton Beach Police were tipped off that Mrs. Dippolito was looking for someone to kill her husband Michael.

Mrs. Dippolito’s solicitation was offered to a person who turned out to be an undercover police officer, posing as a hitman who she paid $7000 to commit the crime.

END_OF_DOCUMENT_TOKEN_TO_BE_REPLACED 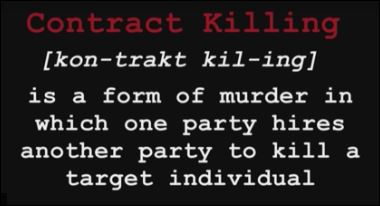